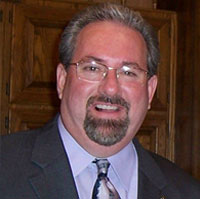 From the heart of the Deep South, steeped in Southern Baptist tradition Michael Cumbie's call from God to preach the Gospel came at age 14. At age 19, while attending college and working on a degree in Music Education Michael experienced a life changing charismatic encounter with the Holy Spirit. Increasingly dissatisfied with fundamentalist, evangelical preaching of the Gospel, he began to understand just exactly how the early church had worshiped with its signs and symbols - and its focus on the Eucharist. Although a Protestant Pastor for 23 years, Michael ultimately realized that to be truly in one accord with "ancient historic" Christian practice, means to be in union with Rome, where the chair of the successor of St. Peter is located, he continued his studies and research. Michael was even ordained to the sacred priesthood with an "old catholic" group in 1993. Eventually he realized that his denomination and the Roman Catholic Church would not become one any time soon, and he discovered that this quest for the fullness of Faith could only be realized in the Roman Catholic Church. In 2001, Michael and his three children were received into the Catholic Church. Michael's wife Sherry came back to the Catholic Church that day as well, after a 28-year absence. Michael Cumbie's conversion story is entitled "No Bread on the Table, No Crumbs on the Floor" because of his great love of, and respect for the Most Holy Eucharist. Michael Cumbie is an experienced speaker, musician and worship leader and will inspire any audience with his knowledge, wit and incredible sense of humor. Michael will have your audience rolling with laughter while appreciating their Catholic Faith in a way that no other speaker can! 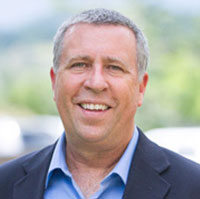 Curtis Martin is the Founder of the Fellowship of Catholic University Students (FOCUS), one of the fastest growing programs in the Catholic Church. Archbishop Charles Chaput O.F.M. Cap. stated that "No one does a more dynamic job of reaching college students for Christ than FOCUS." FOCUS was founded in 1998 as a national outreach to college campuses, both to secular and Catholic schools. FOCUS now has hundreds of full-time missionaries serving tens of thousands of college students throughout the United States. FOCUS is working to play a vital role in the "New Evangelization" called for by Saint John Paul II. Curtis Martin holds a Master's degree in Theology and is the author of the best-selling book, Made for More. Curtis is a co-author of:

In 2004, Curtis and his wife, Michaelann, were awarded the Benemerenti Medal by Saint John Paul II for their outstanding service to the Church. In 2011, Pope Benedict XVI appointed Curtis as a Consulter to the Pontifical Council of the New Evangelization. Curtis and Michaelann live in Westminster, CO. They have been blessed with nine children and one grandchild. 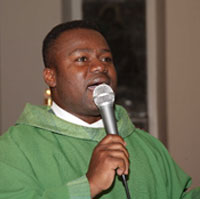 Fr. Godwin Olugbami, a Nigerian priest from the diocese of Ilorin in Western Nigeria, has worked in the USA for the past 10 years. He's currently serving in the St. Louis Archdiocese, as a chaplain at St. Luke’s Hospital. Fr. Godwin is a board certified clinical therapist as well as a certified Chaplain. He comes to us with many years of practice and experience. As a chaplain, he caters to the spiritual needs and crises of patients, families, and staff who contend with a range of issues. 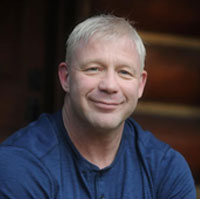 Dr. Scott M. Sullivan is a homeschooling father of 8 and holds a PhD in philosophy from the University of St. Thomas in Houston, TX. He is the producer of numerous video courses in the areas of logic, the philosophy of St. Thomas Aquinas, philosophical arguments for the existence of God, the historical evidence for the Christian faith, various topics in Catholic theology, and others. He is also a member of the Committee on Logic for the American Catholic Philosophical Association Committee on Priestly Formation as well as the author of An Introduction To Traditional Logic, St. Thomas Aquinas and the Principle of Sufficient Reason, and is currently working on a new book entitled The Thomistic Teleological Argument.

Dr. Sullivan is a popular speaker throughout the United States who speaks on topics like the importance of teaching children on how to intellectually defend their faith, the complementary relationship between faith and reason, the importance of training in classical logic, why the study of philosophy is everybody’s business, and the thought of St. Thomas Aquinas. Dr. Sullivan has also appeared on EWTN television and several nationally syndicated radio programs.

Dr. Sullivan is the founder of Classical Theist productions, a company devoted to teaching the Catholic intellectual tradition and making it accessible through modern technologies. Finally, Dr. Sullivan is a former U.S. heavyweight kickboxing champion, holds a second degree black belt in Brazilian Jiu Jitsu and is the owner and chief instructor at Bam Bam Martial Arts in Houston, TX.