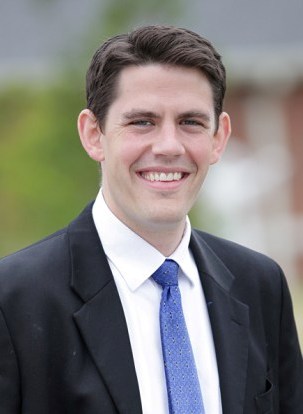 David Williams is a convert to the Catholic Faith from a Non-Denominational/Charismatic Protestant background. David and his wife, Kendel, attended Oral Roberts University in Tulsa, Oklahoma, and studied Theology with the intention of starting their own church. A few years into their marriage, they came to understand the Truth, Goodness, and Beauty found in the Catholic Church. Amidst their conversion, David found a personal longing for freedom from sin and particularly was drawn to the Sacrament of Reconciliation. On Easter of 2010, David and Kendel were received in to the Catholic Church.

In 2011, David & Kendel founded the Devout Heart Program, which was piloted in the Archdiocese of St. Louis at Saint Gianna Parish and Immaculate Heart of Mary Parish in New Melle. David and Kendel also founded Devout Heart Press, which seeks to publish books and materials to build up and edify the Church. You can find out more about these materials at www.devoutheart.com.

David has a passion for leading people to a deeper understanding of the glory and beauty of our faith. He prays each day that God can continue to use him to exhort his brothers and sisters in the Church Militant to passionately pursue the Most Sacred Heart of Jesus Christ.

David is the Principal at Saint John Paul II Preparatory School in St. Louis, Missouri, and is a frequent guest on EWTN radio. David, Kendel, and their six children live in the Archdiocese of St. Louis. 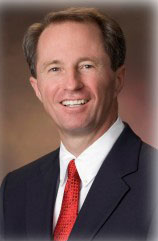 During the Great Jubilee, Steve Bollman experienced a personal call to found a ministry dedicated to finding God within the context of marriage and family life. In 2001, he founded Paradisus Dei as a lay Catholic ministry, and in 2002, he set aside his professional interests as an energy derivatives trader in Houston, TX to dedicate himself full time to the development of the ministry.

Steve has a B.S. in Chemical Engineering from the University of Oklahoma and an M.B.A. from Notre Dame. His varied background enables him to integrate the teachings of our faith with the findings of modern science. His professional experience allows him to present these findings to popular audiences in a highly accessible manner. Steve’s writings have appeared in The National Catholic Register, Inside the Vatican, and Catholic Answers.

Steve lives with his wife and daughters in Houston, TX. 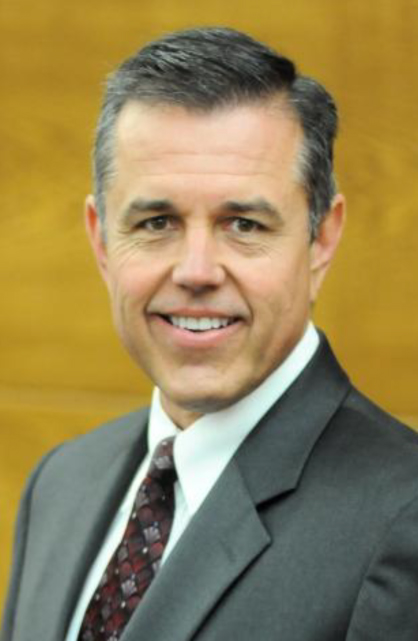 In the first six years, Catholics Come Home® has aired Catholic evangelization commercials in 35 dioceses and nationally, helping lead a half million souls home to the Catholic Church.

In the past decade, Tom has presented worldwide at Catholic Conferences, including the Vatican, and has made multiple appearances on Fox News, EWTN, and other media venues. Upon the election of Pope Francis, Tom was selected to offer live commentary on Fox News worldwide.

Peterson’s second apostolate, VirtueMedia.org, creates and airs sanctity of life commercials helping as many as 22,000 abortion vulnerable women in a given month, the first ads of the sort to air nationally on MTV and BET.

He encourages others to seek God’s plan for their lives, to help change our world for the better. His new book entitled Catholics, Come Home, was recently published by Random House. 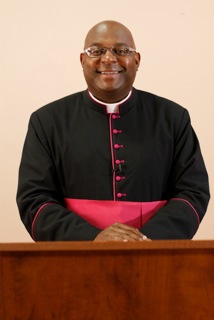 Msgr. Morris has been a priest of the Archdiocese of St. Louis since 1996. For two years, he served as the parochial vicar of Saint Gabriel the Archangel Parish in South St. Louis City before moving to St. George Parish and teaching at St. Mary’s High School.

In 1999, Msgr. Morris was invited to study at the Pontifical Athenaeum of Saint Anselm in Rome. He completed a license in sacramental theology and returned to St. Louis where he began work at Kenrick-Glennon Seminary. In 2005, he was named director of the Office of the Permanent Diaconate and the Vicar for Deacons in the Archdiocese of Saint Louis. In 2006, under leadership of then Archbishop Raymond L. Burke, he established and served as director of the St. Maximilian Kolbe House of Discernment. Monsignor was named a member of the Papal Household in 2008. From 2009-2010, he was pastor of St. Mary Magdalen in St. Louis. In late 2010, he began work at the Pontifical College Josephinum as the Director of Sacred Liturgy and Assistant Professor in sacred theology. Msgr. Morris was permitted in 2014 to work full time on the completion of his doctorate in Mariology at the International Marian Research Institute writing on the Mariological contributions of Cardinal Carberry, former Archbishop of Saint Louis.

Msgr. Morris has served as an assistant professor of Sacramental Theology at Kenrick-Glennon Seminary, a lecturer for the Paul VI Catechetical Institute, and the spiritual advisor to the Marian Catechists in the Archdiocese of St. Louis. He has been a visiting lecturer at the Liturgical Institute at St. Mary of the Lake University, Mundelein Seminary. He has hosted a weekly radio program on WRYT, Catholic radio in St. Louis and is a spiritual director for the Inner Life, a program on Relevant Radio. Msgr. Morris is also a commentator on Catholic affairs for the Son Rise Morning Show on Cincinnati's Sacred Heart Radio. Msgr. Morris has worked with Saint Gabriel Catholic Radio in Columbus and also serves as chairman of the Advisory Board for Newman Connection. Msgr. gives talks, retreats, and days of recollection throughout the United States.