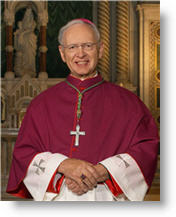 You may learn more about Bishop Herman at the Archidocese of St. Louis 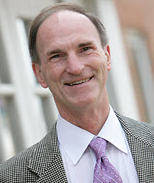 Zip Rzeppa is widely remembered as the sports director/anchor at KMOV-TV Channel 4 from 1988-1995 and at KTVI-TV from 1984-1988. He created and presented his trademark "Zippo Awards" on St. Louis television for seventeen years from 1984-2001. While Zip first entered the hearts of St. Louis through our televisions, his spiritual endeavors bear special mention.

Currently, he is the Executive Director for the St. Louis Metropolitan Council of the Society of St. Vincent de Paul. As Executive Director, he is making his mark as he spearheads the efforts of the oldest Council in the United States. During his four-year tenure, the Society has seen rapid growth in programs designed to serve the poor, the needy and the suffering. There are currently 24 programs that address the needs of a varied population of persons in need. The Society's 2600+ volunteers serve through visits to homes, hospitals, and prisons; through its thrift stores and food pantries; and through unlimited acts of charity including financial assistance. No act of charity is foreign to the Society of St. Vincent de Paul.

Although he has a great heart for the Society of the St. Vincent de Paul, he tirelessly serves the community in many other ways. He consistently supports the efforts of other charities, including Covenant Network, St. Agnes Home, the Daughters of St. Paul, etc. He is widely sought after as a Guest Speaker and is known throughout the Metro St. Louis area for his moving witness to God’s place in his life.

A devout Catholic, Rzeppa served as chairman of the Community Issues Committee for the visit of Pope John Paul II to St. Louis in 1999.

As a volunteer, Zip served for four years doing weekly door-to-door evangelization in impoverished parishes with the Society of Our Mother of Peace. He worked for eight years, first as a job developer and then as Vice President of Community Affairs, for MERS/Goodwill. 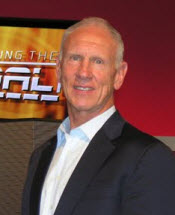 Mr. Abramowicz is presently involved in full-time work with Danny Abramowicz Ministry, which is an outreach to Catholic men nationally. Also, he serves on the Board of Directors of the Donum Dei Foundation, which was formerly the Joseph C. and Sue Ellen M. Canizaro Family Foundation. Mr. Abramowicz had a long history with the NFL as a player, coach and broadcaster.

Danny was born July 13, 1945 in Steubenville, Ohio. He attended Xavier University in Cincinnati, Ohio and graduated with a Bachelor of Science Degree in 1967. Xavier University has presented Danny with the two most prestigious awards bestowed on a student athlete – Legion of Honor and Hall of Fame. In 1967, Danny was drafted in the 17th and last round by the New Orleans Saints. Danny’s NFL career spanned eight seasons. Some of his accomplishments include the NFL’s leading receiver and All-Pro in 1969. Danny was voted to the Saints Silver Anniversary Team. Danny is a member of the following Halls of Fame: Louisiana, Saints, Sugar Bowl and National Polish. 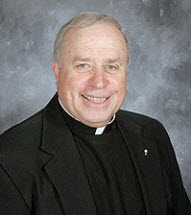 Fr. Santen has served as pastor of St. Joseph's Manchester since June, 1999. 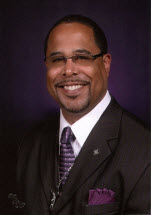 Born and raised in Detroit, Michigan, to a Retired Educator and NFL Hall of Fame Cornerback, Dick “Night Train” Lane; Richard Lane, Jr. is truly on the rise as one of the most sought after, empowering and inspirational speakers in the United States of America. For the past since 2005, Catholic Lay Evangelist Richard Lane has traveled the Nation speaking at Men’s Conferences, conducting Parish Missions / Revivals, and ministering to 10’s of thousands of people, giving them HELP, HOPE and INSPIRATION! Evangelist Lane has been featured numerous times on all Major Catholic Radio Networks; twice on EWTN’s the Journey Home, as well as having produced and hosted his own EWTN Mini-Series. He is the ONLY African-American Catholic Lay Evangelist in full-time Catholic Ministry in the U.S.A.!

Mr. Lane’s ministry is based on three simple Principles “Faith, Hope and Love”, continually integrating these within the Sacramental Love of the Catholic Church. Having heard hundreds of thousands of Catholic’s and Christians, Mr. Lane continues to give thousands what they desire; Bible Fed and Christ Lead preaching and teaching in an enthusiastic, charismatic style of preaching that will set your soul on fire with a NEW ZEAL for the Holy Spirit!